So when I sat down to write this, I wasn’t sure what I would be writing about. A lot has happened in the last week and a half, and it has not been easy to come to grips with all of it.

I’ve been working on the deck, and the new laser cutter/cnc platform. I’ve also put in some time on a new set of bookcases for my daughter, and some thought time in on the secret project. In addition, I have been learning Angular JS, and trying to find some time to dedicate to that so that I can both be ready for it when the time comes to use it at work, but it also seems like a great framework to use for a few personal projects.

While this may seem like a lot, it’s only been done in fits and starts given the other things going on in my life at home. I say other things, but really, it’s one thing.Â My father-in-law was in the hospital for that time, and it was very nerve wracking since when we took him in we weren’t sure about how things would turn out.

He’s a strong man, and generous. If you met him, you would never forget him, and you would remember the experience fondly. He has a knack of making everyone around him smile. He’s also one of the most stubborn people I know.

So I know you are wondering a few things. How he is doing. Why do I think he’s stubborn. What happens next.

He’s doing well now. He is in his 70’s, and needs to take care of himself. Like most of us want to lose weight, or get something fixed on our own bodies, but put off or don’t put in serious effort on, he is the same. At his age though, his body needs more attention than, say, mine. (By the way, I’ve lost weight and have been below 200 lbs for a while now, for the first time in several years.)

He really wants to live at his home, to have his freedom to do what he wants. He can’t do it all by himself anymore though. So we’ve opened up our home to him, made the office into a bedroom and moved the office to the basement. He’s proud, did I mention that? He thinks this is an imposition to us, but it really isn’t. It will certainly be an adjustment, but this is the man who let Erin and I stay in his home for a year, bought Erin a car, and helped out with diapers for my kids. I feel I owe him, but more importantly, he is my family, and I don’t turn my back on family.

I want him with us. To live there, join us for dinner, be a closer part of the family. I would do this for anyone I considered family. What I am afraid of though, is that he won’t stay. 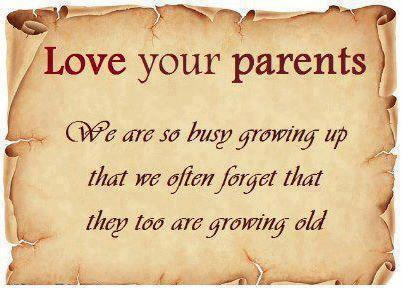 His first night was last night, and it was good, but not perfect. The dog whined to get into his room, she loves him and loves to sleep near the people of the family. Roomba started up at 6am, waking him up. Who wouldn’t when a robotic vacuum starts cleaning at 6am? Add to that the normal getting the kids to school process, and I’m sure he wasn’t still sleeping when we left. I hope things go well for him today.

I also hope that he is going to settle in, and stay. Erin is afraid he will stay a few days, but then go home. If he does that, we both fear for what will happen next. He got much better in the hospital, but we can’t monitor him and take care of him as well when he is there. We both have lives, and travelling to his house on a regular basis is something we just can’t do.
If any of you out there have gone through, or are going through similar things, I would love to hear about them. Perhaps together we can all learn from each other, and make things like this a little smoother.I don’t really have the last question answered of yours, sorry. I don’t know how it will turn out. If I did, I would be in a much better place. Right now, I am living day to day, and put a few projects on hold to get things done to get him set up. I hope this weekend makes up for the chaos of the last week and I can get caught up, but I am doubtful.